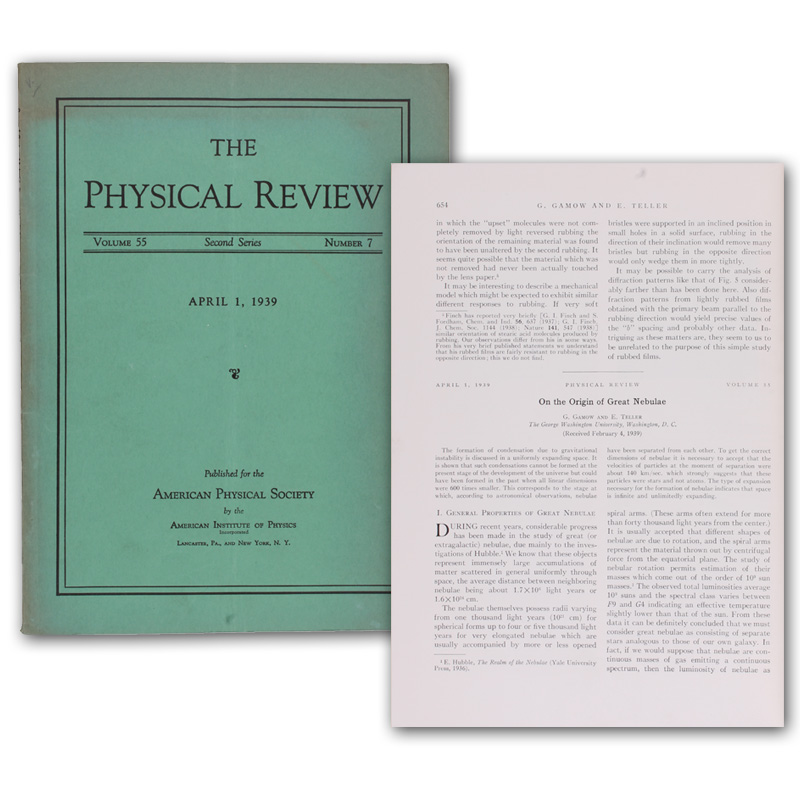 112132-01  Gamow, G(eorge) und E(dward) Teller
On the Origin of Great Nebulae. SS. 654-657. In: Physical Review. Vol. 55, No. 7. (26,5 x 20 cm). SS. 609-686. Mit Abbildungen. Original-Broschur.
Lancaster, 1939.
Erste Ausgabe. - "Gamow's work with Teller of 1939 was based on the expanding universe but did not presuppose any explosive event in the past, what ten years later would be coined the big bang. All they had to say about the state of the universe before the separation of the nebulae about 1.8 billion years ago was, 'Before that time, space must have been uniformly populated by stars, or by gas molecules, if we suppose that the formation of stars took place after the separation of nebulae.' Although still in the pre-big-bang tradition, the paper was in several respects to serve as a kind of blueprint for Gamow's later contributions to cosmology" (Kox/ Eisenstaedt: The Universe of General Relativity). - Mit senkrechtem Knick, sonst gut erhalten