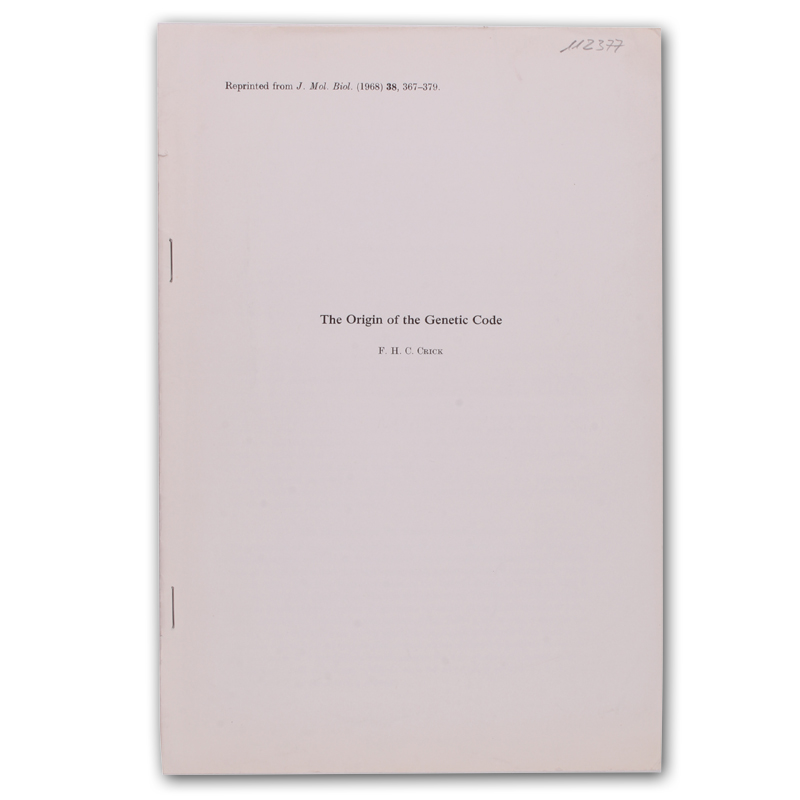 112377-01  Crick, F(rancis) H(arry).
The origin of the genetic code. (25,5 x 17 cm). SS. 367-379. Original-Broschur. (Sonderdruck aus: Journal of molecular biology).
(London, Academic Press), 1968.
Erste Ausgabe. - "The general features of the genetic code are described. It is considered that originally only a few amino acids were coded, but that most of the possible codons were fairly soon brought into use. In subsequent steps additional amino acids were substituted when they were able to confer a selective advantage, until eventually the code became frozen in its present form" (Einleitung). - Rücken leicht eingerissen, sonst gut erhalten.